Rain, strong wind and a cooler front coming in from the Atlantic where the forecast for the day. Ideal if you want to do seabird watching but not if you’re planning a photo tour. Even during the ferry crossing the vessel went up and down on the swell.

We met at the lobby of the hotel Opduin in De Koog which was so kind to hand me a coffee so the clients could finish their breakfast. Some patches of blue sky between the clouds lifted our spirits as it had rained the whole night. Still the radar showed some heavy showers coming our way so we headed to the east side of the Island to the harbour of Oudeschild.

We scanned the harbour but we could only find some Turnstones, several species of gulls and a couple of Cormorants. We headed back to the cars before all hell broke loose. The sluice gates opened from the sky we found some White Wagtails and Wheatears taking shelter under the containers in the harbour.

We slowly headed north stopping over at the recently plowed fields to scan the waders from the car between the showers. The majority where Lapwings and Golden Plovers with some Curlews and Oystercatchers. We hoped to find Dotterel but only could find some Ruff and a Grey Plover in the flocks.

We stopped over at other birding areas along the east site of the island. We planned that we would be there with the high tide when the waders come to rest. There were large flocks of Common Redshank with some Avocets, Dunlins, Common Ringed Plovers, Bar-tailed Godwits and some Ruff. Along the water edge we found Snipe, Yellow Wagtails and Meadow Pipits. We could also observe a nice actively foraging Spoonbill.

On the other side at the Wadden Sea we found a flock of circa 250 Eider, some Great Crested Grebes and a male Grey Seal. Dark clouds came in some we took shelter in the car from where we could see a Kingfisher tucking in the reed to stay dry and preventing to be blown away. A pair of Kestrels used a windmill to shelter and by the looks it was a favorable site covered in droppings.

Between the Tufted Ducks on the canal a juvenile Eared Grebe shook off the raindrops and started preening. After lunch at the lighthouse we headed to the slufter. We had some time to spare while waiting for Jozef and Sarah so tried to add some songbirds to the list. Despite the strong wind we found a Redstart, Chiffchaff and some Robins and Blackbirds.

Loads of bird were taking shelter in the estuary, thousands of Sandwhich Terns, Knots, Dunlins, Common Ringed Plovers and Lesser Black-backed Gulls. There were literally white carpets of birds. We spend some time photographing the waders and focussed on the Sandwhich Terns that flew out to sea to catch fish for their begging young.

After this we walked back to the cars and said farewell to each other. In the end we had recorded 71 species of birds which could be far more if the conditions where softer. We missed many species of songbirds. In the end the weather turned out better then we hoped for today. The mix of clouds and sunshine gave us nice views on the landscape of Texel with windmills, old houses, farms and fabulous dunes. 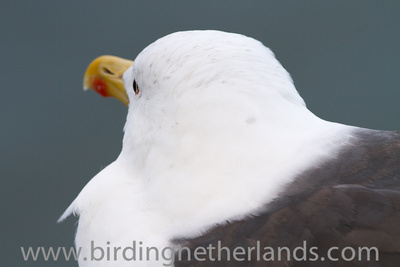 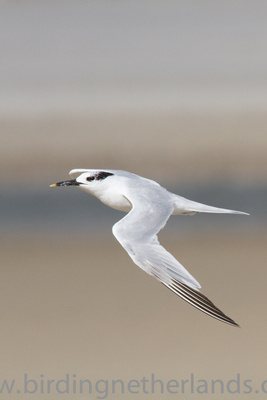 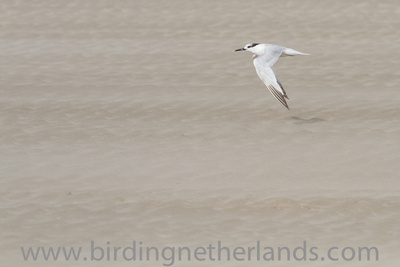 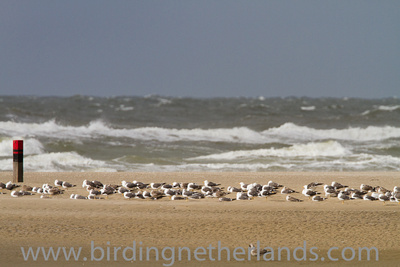 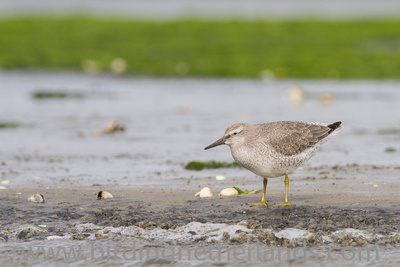 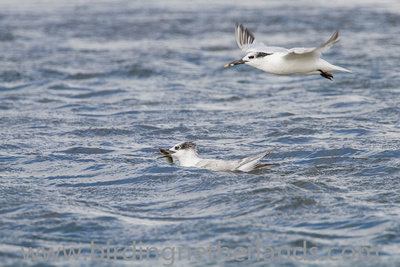 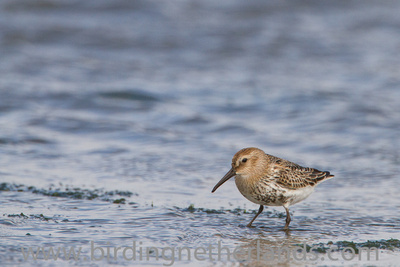 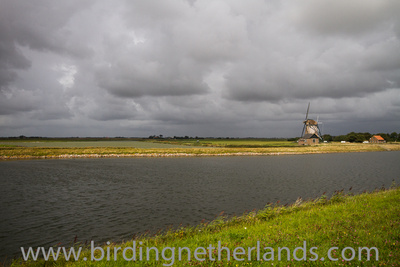 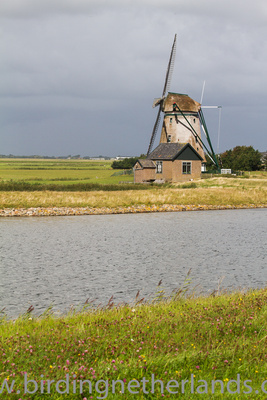 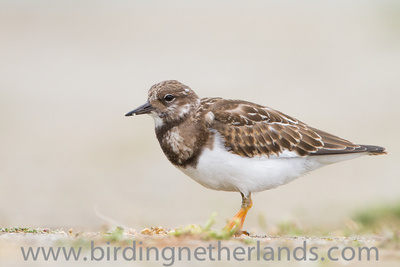 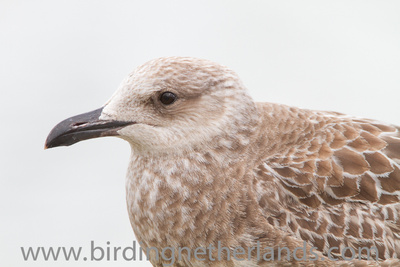