As I walk to the Schiphol airport Meet & Greet, I surprised that I hear a male Black Redstart singing from the control tower. Normally you only see some Starlings, House Sparrows and Jackdaws around the busy airport and an occasional Peregrine flying by. I think it won't be wise to scan the tower with my binoculars (which I keep on so the clients recognize me out of the crowd) in these days. Half an hour later I meet Shea and his wife Carina who arrived from Singapore and are on their way Venezuela with a full day to spare in the Netherlands.

We leave the airport around 9 and half an hour later we're taking pictures of Black-tailed Godwits, Lapwings, Redshanks and Great-crested Grebes north of Amsterdam. Normally one would prefer sunny conditions but for today we have a slightly overcast sky which is even better to photograph meadow birds as the gras reflects sunshine and the colors come out better in these conditions. Sometimes the Black-tailed Godwits are so close to the car they even don't fit in the frame of the photo!

Although it's already springtime there are still some flocks of Barnacle Geese around. While taking photos of the geese suddenly a male Sparrowhawk sits next to us on a pole but quickly heads off again skaring all the Black-tailed Godwits, Lapwings, Redshanks and Oystercatchers. Later when we're at a small lake another female Sparrowhawk takes down a Lapwing and drowns it. After 15 minutes she tries to bring it to the shore and succeeds, too bad for us it's a bit far but we do get nice flight shots of the Avocets because of this action.

In the afternoon we head south to visit the flowering bulb fields. It appears we're not the only ones to do so. We hoped for Yellow Wagtails on the flowering tulips but we only find tourist taking selfies. So we also take some pictures of the fields, minus the wagtails. We drive to a lake near Schiphol and spend some time photographing Great-crested Grebes hunting small perch. By now Sheau and Carina are feeling tired by their night flight so we head to their hotel. We stop by a nesting Peregrine and see the falcon sleeping in front of the nestbox, as it doesn't seem there's going to be any action we drive to the hotel so Sheau and Carina can have some rest and good sleep for their flight tomorrow.

The focus of the tour was on photographing birds, still we recorded 76 species of birds. With highlights: Slavonian Grebe, Spoonbill, Bluethroat, Mediterranen Gull and Peregrine. 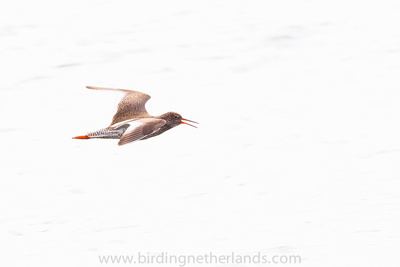 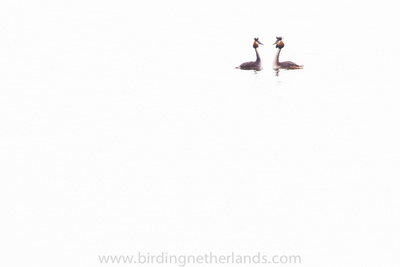 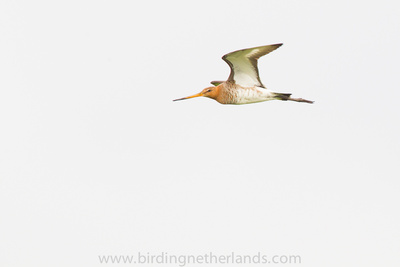 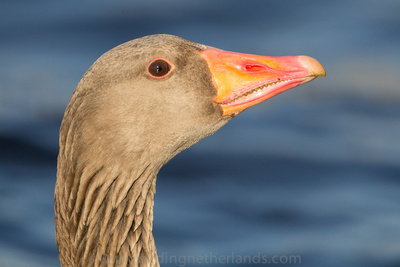 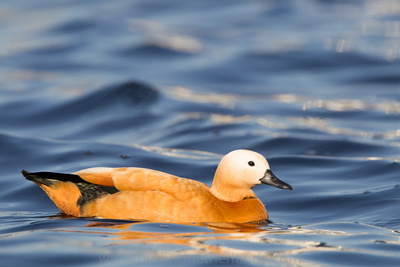 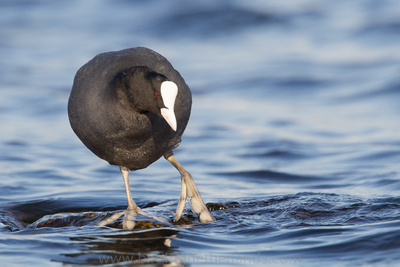 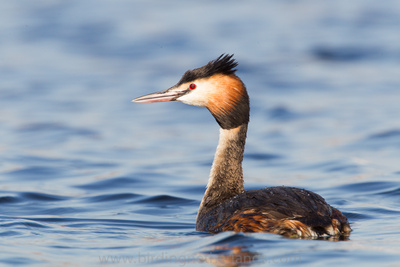 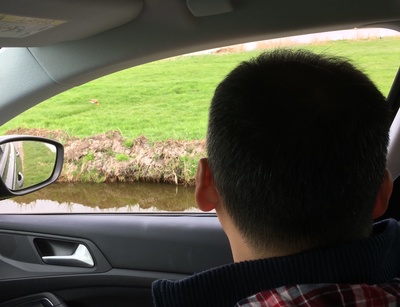 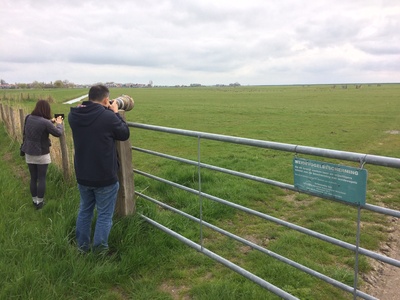