Bird Photography Tour at Nieuwkoopse Plassen and north of Amsterdam, Saturday 13 May 2017

Male Marsh Harrier patrols over his territory just after a Red Kite passed by.

Ramesh and I meet in the lobby of the Tulipp In hotel at Schiphol at 07:00. From here it's a 20 minute drive to the Nieuwkoopse Plassen. On the way we stop to photograph Great-crested Grebes with young on their back. This was one picture Ramesh hoped for so the day couldn't have started any better for him.

The next stop at the reserve, a Common Whitethroat is singing at the car park, in the distance we hear a Icterine Warbler while a Sparrowhawk flies overhead.

In the wind-free corner Avocets are foraging with some Black-tailed Godwits, Wood- and Common Sandpipers. A Savi's Warbler starts his rattling song while Common Swifts, Barn Swallows, House and Sand Martins feed on the erupting insects. From every stretch of reed we hear and see Sedge- and Reed Warblers.

The hatching midges attract many birds including a flock of 75 Black Terns in their summer plumage. On a track around this lake a Northern Lapwing chick finds it a good idea to forage next to the track, oblivious to his screaming mother that tries to scare off any person walking past.

The typical Dutch weather throws a heavy shower over us which we just have to endure. The good thing about this is that as soon as it dries it triggers songbirds to become active. A beautiful singing male Bluethroat perches perfect on a old broadleaf cattail. Only when I see the picture on the large screen I notice the spiderweb completing the picture! Left of this male Bluethroat a Grasshopper Warbler climbs up and starts singing and on the right side a Savi’s Warbler does the same, it couldn’t be better morning (minus the rain shower).

After a coffee break with some biscuits we head to Amsterdam. A pair of Common Terns make us pull over on the side of the road. A intruding male tries to seduce the female with a fish. Every time he wants to offer this to her, she lands on a pole next to the road where we are standing. As soon as she does the “married” male tries to land on her balancing, holding off the other male and then flying off again.

Just after 12:00 we arrive at Durgerdam where we first have lunch. In the old restaurant we enjoy a home-made burger and fries, with mayonnaise of course while looking out over the bay where a dozen of Great-crested Grebes are chasing and fighting. We drive over the small roads looking for the breeding Black-tailed Godwits, Lapwings and Redshanks.

We also stop over at a reedbed where Marsh Harriers breed. Quickly we see a raptor flying towards us but only as we point our lenses to it, it turns our to be a Red Kite (scarce in the Netherlands)! It flies by perfectly being mobbed by the local breeding waders. A minute later both the male and female Marsh Harrier arrive and land in the reedbed where they are nesting.

We succeed in finding the Black-tailed Godwits standing on their lookouts poles while the young forage in the higher grass. Even better is that four recently hatched Common Redshanks are running through the grass catching insects allowing us to take pictures of both the chicks and the parents out of the car. Let's hope the farmer waits two more week before cutting the grass down.

Around 16:00 it starts to rain again and we head back to Schiphol. In total we’ve seen 101 species of birds while the focus was on photography. We only visited marshland, meadows and sub-urban habitat. The weathers changed constantly from rain to sun from 6 to 16 degrees and from no wind in the morning to 4 bft in the afternoon. 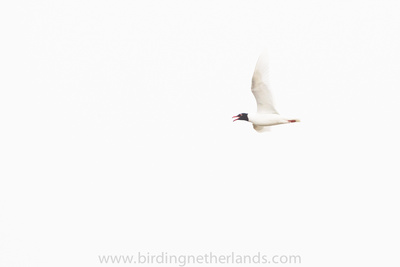 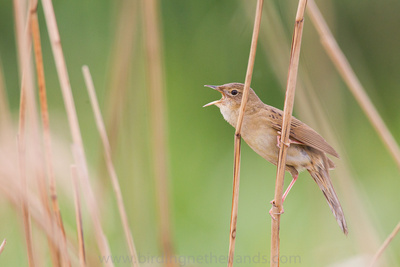 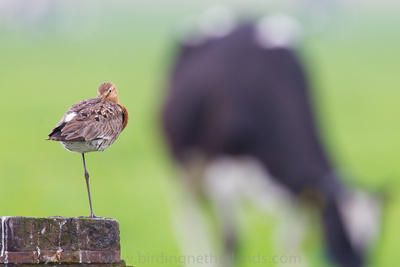 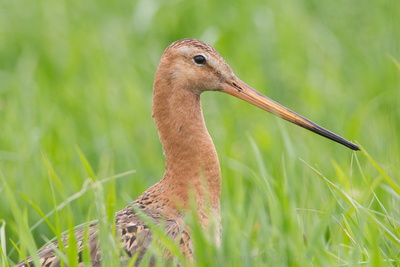 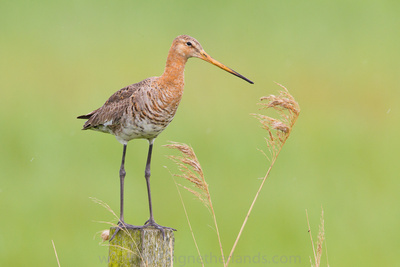 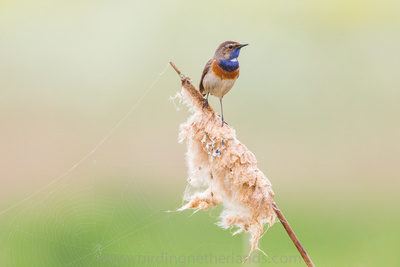 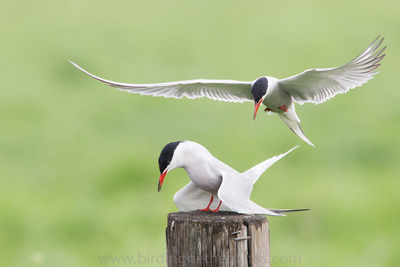 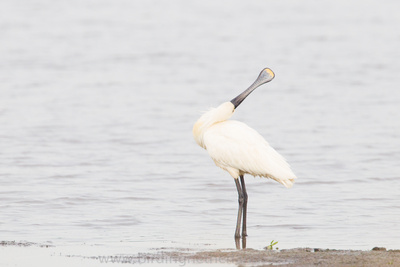 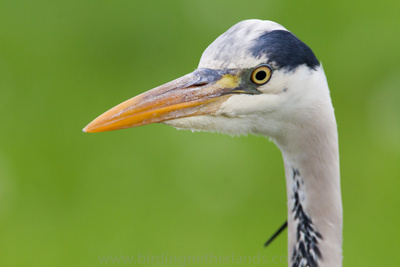 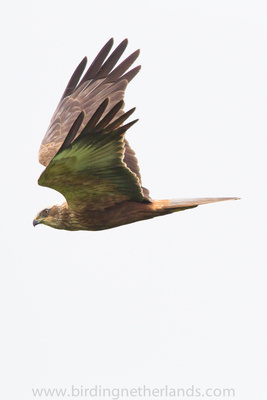 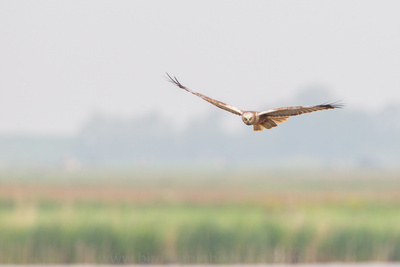 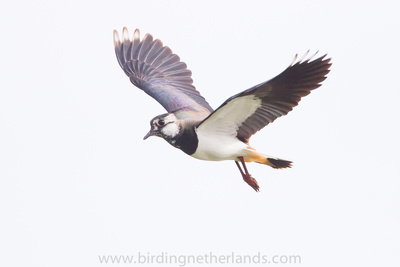 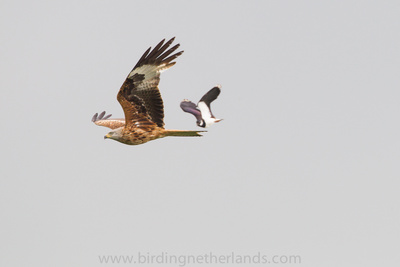 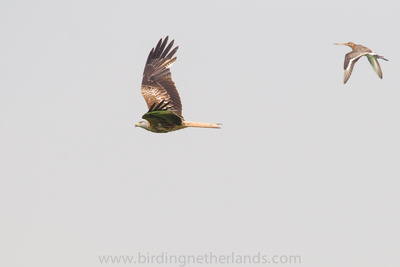 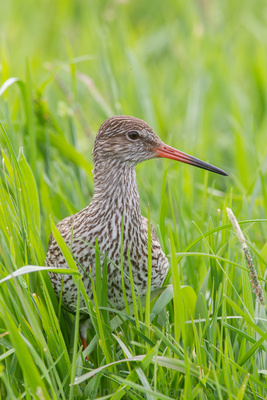 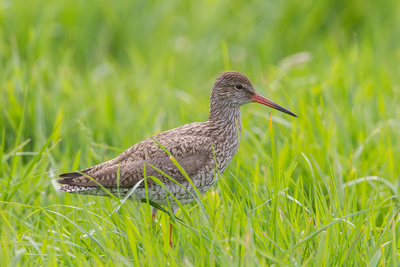 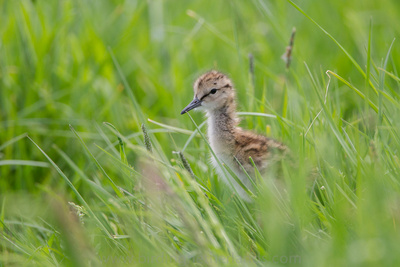 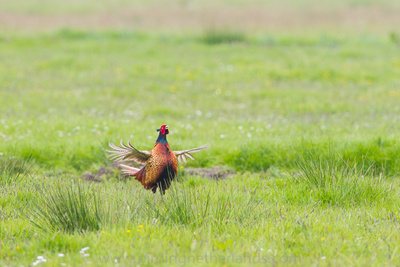 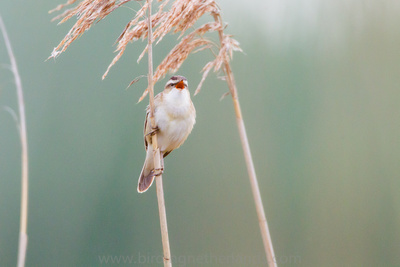 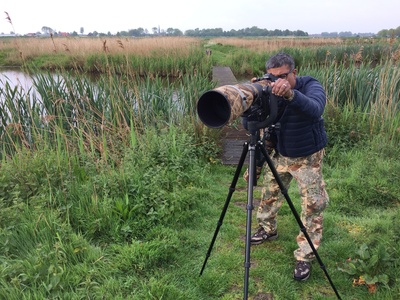