Sadly Pieter had a four hour delay so we missed quite some time on the first day. For the remaining time we stopped over at some interesting birding spots between Schiphol and Leiden. First we stopped at a flooded bulb field near Hillegom. Due to the rain of the previous days there weren't any mudflats but still we saw a nice juvenile Little Stint and Spotted Redshank among many White and Yellow Wagtails.

On the opposite field we spotted a Peregrine feeding on a recently caught prey and in the treetops we saw some Goldfinches and Linnets. A flock of Stock and Wood Pigeons were foraging on the fields as did many Jackdaws. Sadly the other bulb where less productive.

In the polder close to Leiden we had great views on large flocks of Northern Lapwings and Golden Plovers and in the stream we saw Eurasian Wigeon, Gadwall, Tufted Duck and Northern Shoveler.

After the storm of the previous days the smaller migrants clearly were on the move again with several Northern Wheatears, Stonechats and 5 Whinchats.

Saturday morning at six I met Pieter in his hotel in Oegstgeest and we drove to Den Helder for the ferry to Texel. During the drive it was raining cats and dogs, but most of the times when I visit Texel the sun is shining on the island when it's raining on the mainland. So I hoped for the best.

The first site we visit on the island was the Mokbaai, always an interesting spot for waders. Some Red Knots, Black tailed Godwitt, Common Redshank, Dunlin, Avocet, Rudy Turnstone and Curlews were present there.

After that we make a stop at the Wagejot where a Eurasian Spoonbill was foraging. At the IJzeren Kaap on the Waddensee we saw a couple of hundred Common Eider and some Eared Grebe. It was still dry...

When we arrived at Utopia, also a very good spot for waders normally, it began to rain, but we decided the make the short walk anyway. What a pity, totally no birds! The water level was high and also low tide, not a very good combination to see waders on Texel.

At the Volharding near the village the Cocksdorp where some Common Ringed Plovers on the shore together with Common Redshank, Curlew and Bar tailed Godwitt. And the rain was pouring down on us.

Time for a good cup of coffee with a real dutch stroopwafel. And than the sky cleared and it stopped raining, at the Tuintjes it was very quiet, only some Meadow Pipits, Blackcaps, a Wren, Eurasian Krestel, Winchat and some Northern Wheatears were present there.

It started to rain again and after a short visit at the Slufter we decided to leaf the island and do some birding on the mainland, the Weather app said it must be dry by the time we arrive there.

Near Den Helder we visit some inundated land, the bulb growers inundate their fields for killing Nematode without using chemicals. These fields are really attractive for waders and ducks. We saw a couple of Ruff, Common Ringed Plover, Little Stint, Common Sandpiper and a juvenile Black Tern.

This was a completely different day compared to the day before. No wind, sun, a clear sky and mist over the fields when we drove south to the province of Zeeland.

We first stopped at Stellendam and as we passed the top of the dike we were welcomed by the sound of thousands of birds. Blackcaps, Chaffinches, Chiffchaffs in the bushes, Meadow Pipits, Reed Buntings and Northern Wheatears on the dike and thousands of Dunlin, Redshanks and Red Knots on the mudflats.We carefully scanned the mudflats and tidal streams. A Red-breasted Merganser was a surprise and a large flock of Eurasian Spoonbills prepared themselves for their journey to Africa.

The next stop was a very productive one. We directly spotted three Cattle Egrets typically walking the the grazing cows looking for prey (one caught a large Green Frog). And on the sandbank I found an adult Caspian Tern resting in a flock of circa 1000 Black-headed and Common Gulls. Two Flamingos were standing in the open water and we could see their knees being pink so they were positively Europeans and not Chilean (grey knees). Here we also saw both Little and Great Egret. Pieter was also very happy with the large number of Barnacle Geese, a rarity in the USA.

As we always bring coffee and tea we had a coffee break at a very nice stream with a Garganey, Common- and Wood Sandpiper, Green- and Redshanks. All of them suddenly flew off when a juvenile Marsh Harrier flew by.

Due to the beautiful weather it was very busy with tourist on the Brouwersdam. Sadly we couldn’t find Purple Sandpiper, first arrived earlier that week, but with the hundreds of Eurasian Oystercatchers was a Eurasian Whimbrel. On the dam were several Sanderlings joined by some Common Ringed Plovers. In a flock of Herring Gull we found a adult Yellow-legged Gull which was also a target for Pieter. At the Brouwersdam we also spotted Harbour and Grey Seals.

The report of a Woodchat Shrike closeby made us thinking to change plans but we sticked to our original plan and headed to the Prunjepolder after a fast food stop at Neeltje Jans. This proved that it’s good to stick to the original plan because it delivered us quite some few new birds. On the outer side we saw Greater-crested, Slavonian, Black-necked and Little Grebe. And on the fresh water we had some nice waders like Greenshanks, Ruff, thousands of Curlew and a Curlew Sandpiper. With the hundreds of Barnacle Geese were some Dark-bellied Brent. A great end for the day!

As we would have hit the rush hour when driving to the Oostvaardersplassen, we first did some local birding around Leiden. In the window between the rain we just had some time to roll up some forest species. We started in the Dunes and while it was raining we waited and overlooked the sea from the car. There wasn’t many movement beside a few Sandwich Terns, a Ruff, a couple of Greater and Lesser Black-backed Gulls, a Ruff, five Eurasian Wigeons and a very distant flock of Black Scoter turned out too far out to even be picked up.

When the rain had passed we parked the car and directly heard and saw two Marsh Tits in a flock of Great-, Blue Tit and Goldcrests. A couple of minutes later we came across another flock where two Crested Tits and some Short-toed Treecreepers were in. On the lake two female Red-crested Pochards were among Common Pochards and Tufted Ducks, accompanied by a few Little Grebes.

As soon as it started to rain bird activity dropped and we drove to a Long-eared Owl roots. We could just see three birds perched in a cherry tree. With these in our pocket we drove to the Oostvaardersplassen.

On the first look-out we scanned the area and found a adult female Northern Goshawk mantling it’s recently caught prey. On the plains where hundreds of Barnacle and Greylag Geese with rutting Red Deer in the background. After 15 minutes we saw a juvenile White-tailed Eagle flying, later we saw the same bird perched in a dead tree. When we stepped into the car a Raven flew overhead. At one of the hides we were very lucky with a male Kingfisher perched right in front of us and allowed us just to take some pictures before it flew of.

For the last stop of the day tried for Bearded Tits but could only hear them, the same goes for Willow Tit but we had some great views of a Redstart, Hobby and Firecrest before we had to drive to Schiphol. 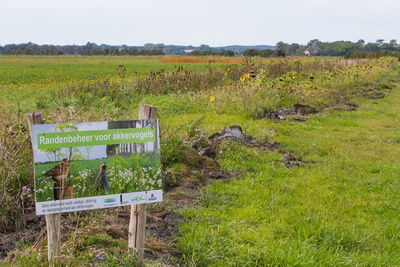 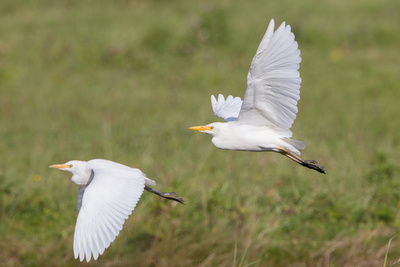 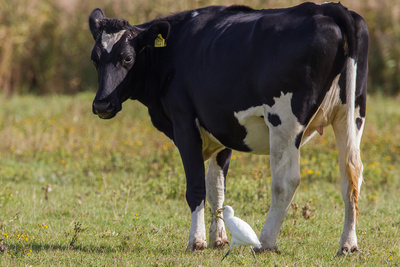 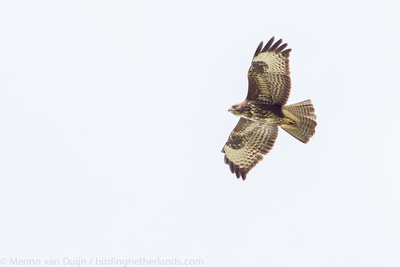 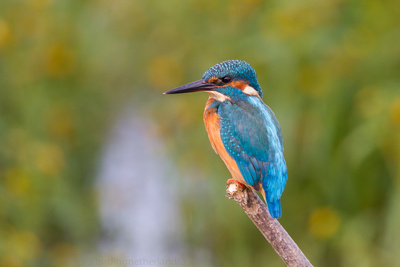 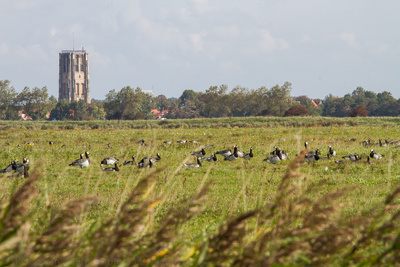 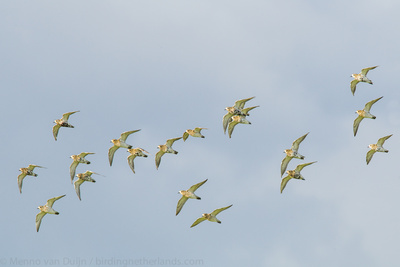 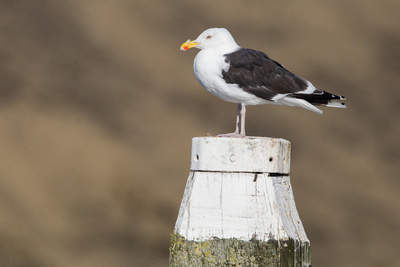 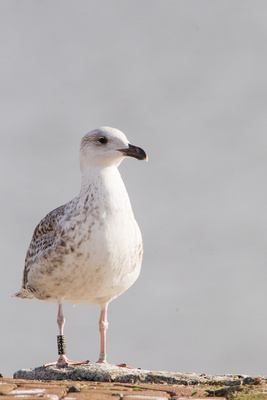 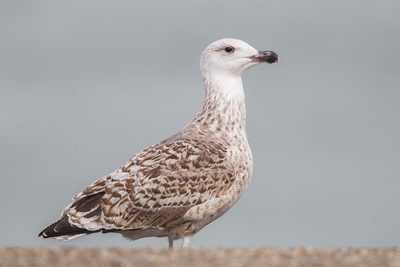 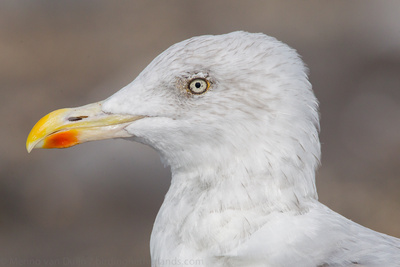 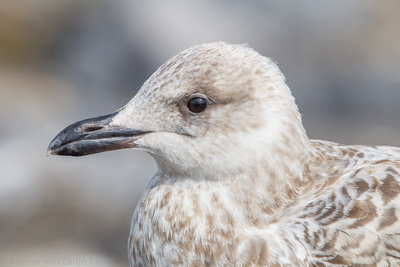 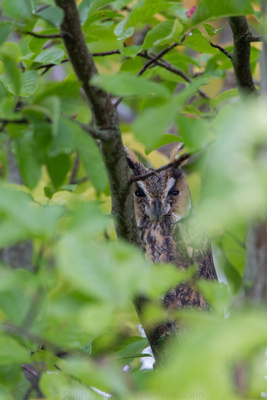 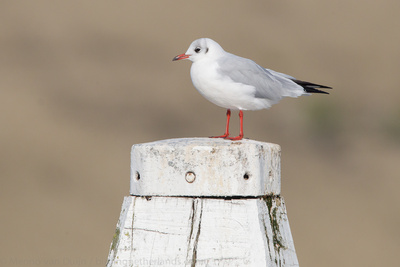 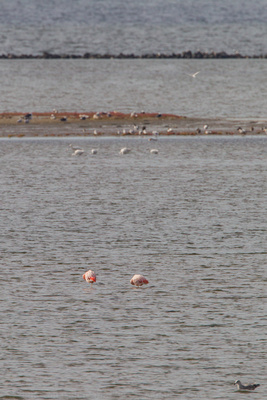 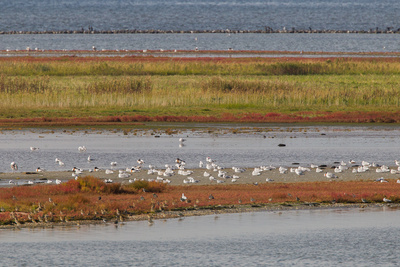 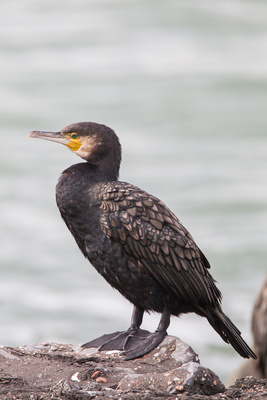 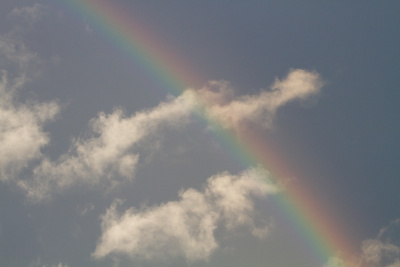 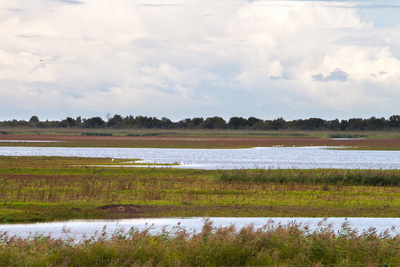 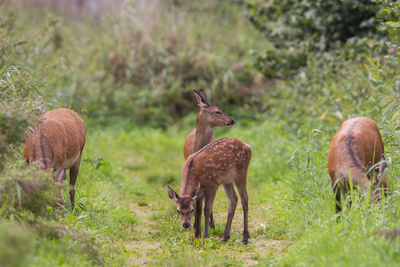 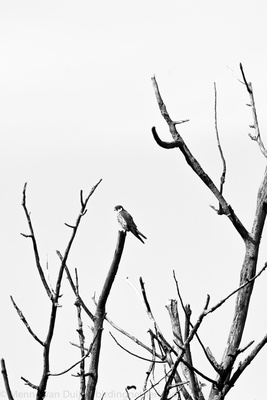 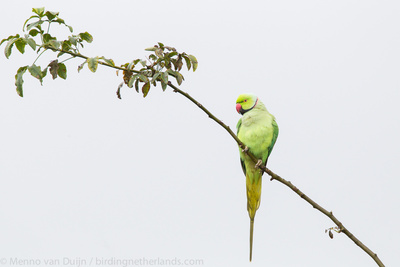 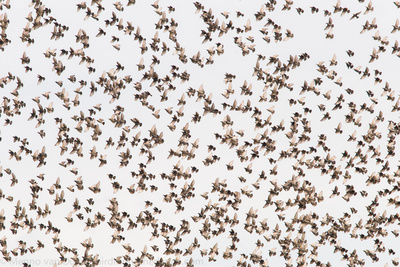 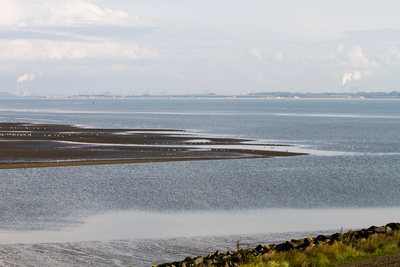 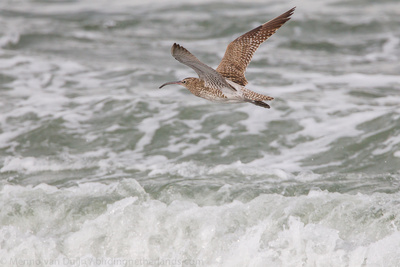 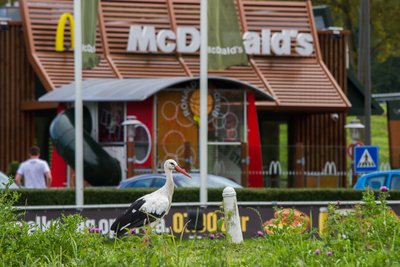 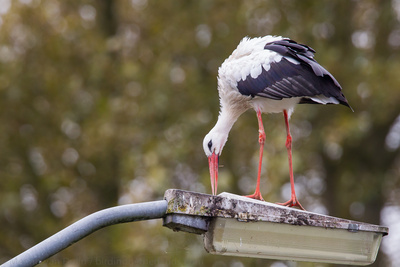 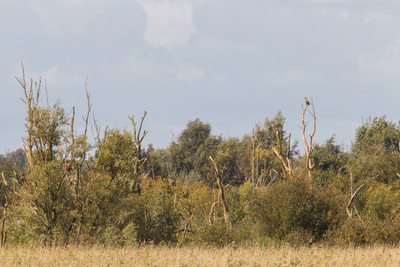 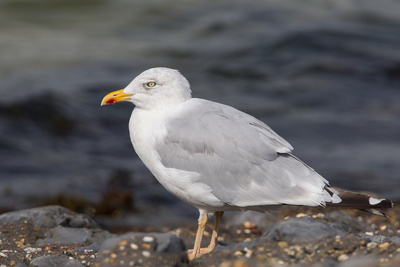