Every autumn many pipits migrate south passing the Netherlands. These birds can be difficult to identify even for experienced birders. We made a shortlist of features to look out for and included the flight call, which is often more helpful.

This is the most common of all. Found in grass fields and sometimes sits on low bushes or fences for a short time. 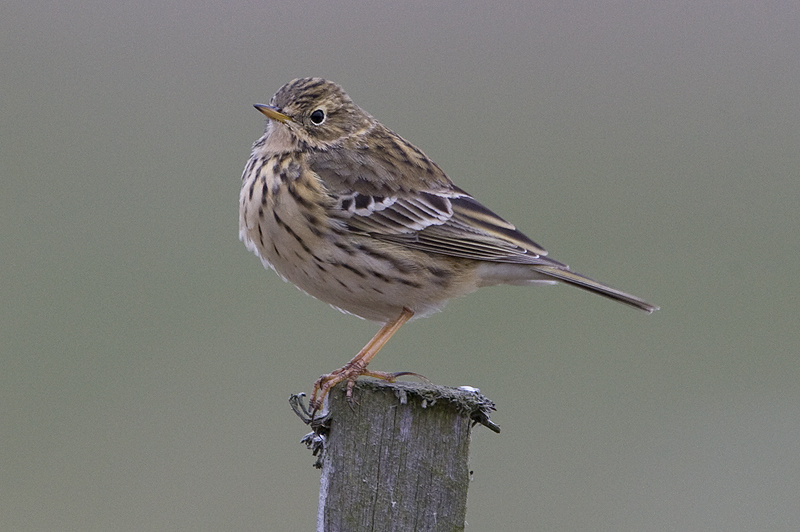 Vagrant to NW Europe, at the moment no record in the Netherlands. This species creeps in long grass, and is reluctant to fly even when disturbed. Its call is a distinctive electrical zip. Although the call is generally helpful when identifying pipits, this species calls far less than most. This, combined with its skulking habits, makes this a difficult species to find. 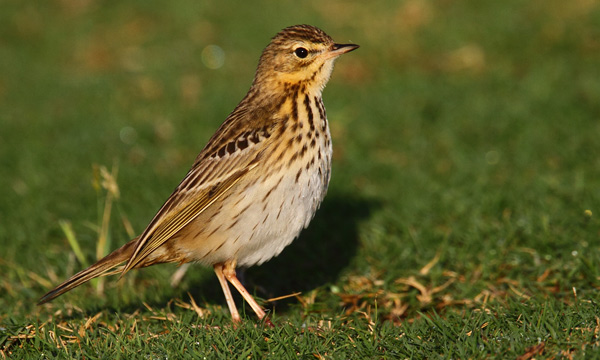 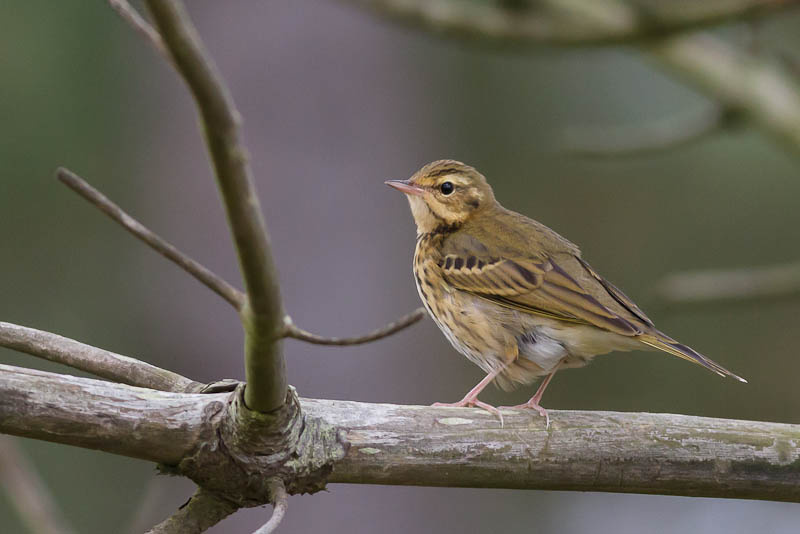 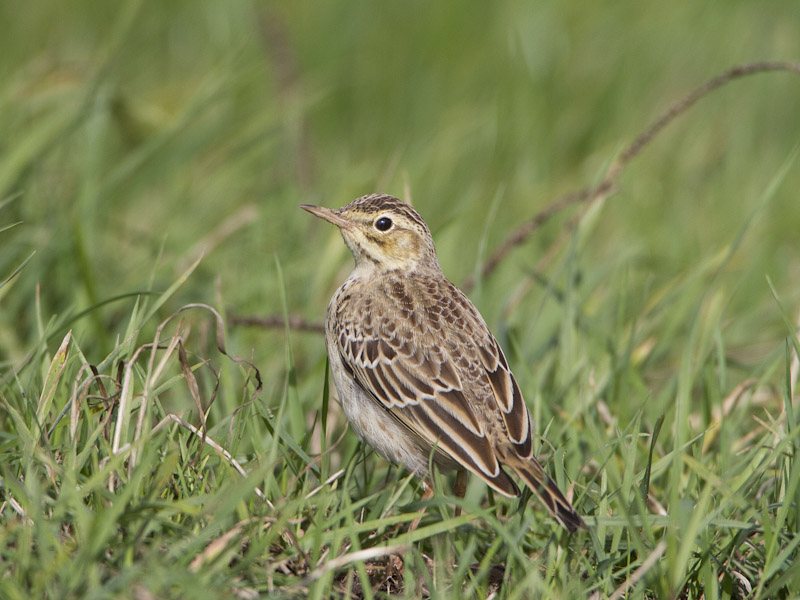 Scarce migrant from September to November, some wintering birds. Prefers grasslands where it can be hard to locate. Calls frequent when flushed and hovers before it lands.

Vagrant, occurs between October to December. Prefers the same habitat as Richards Pipit but occurs more in the open then Richard's. 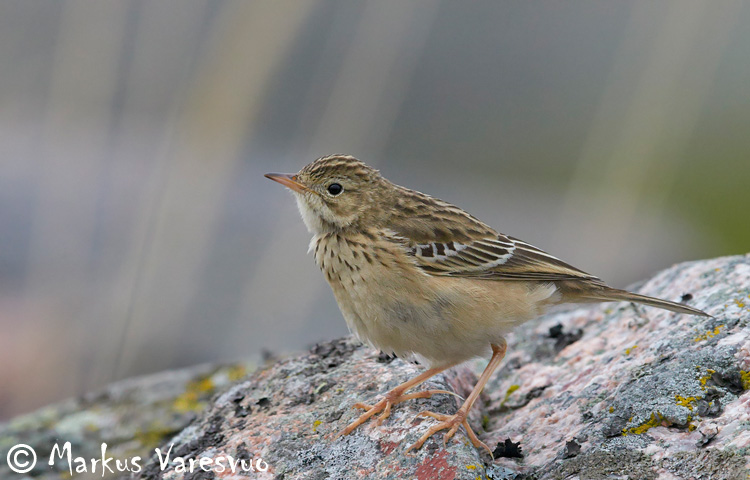 Mainly found on coastal rocky shores from September till May. Later in spring more often inland and on grasslands and mudflats.

More confided to fresh water. Occurs from September till May. Forages on grass always near the water.

Occurs on both habitats as Rock and Water Pipit. Autumn vagrant, mainly October. No records in the Netherlands. 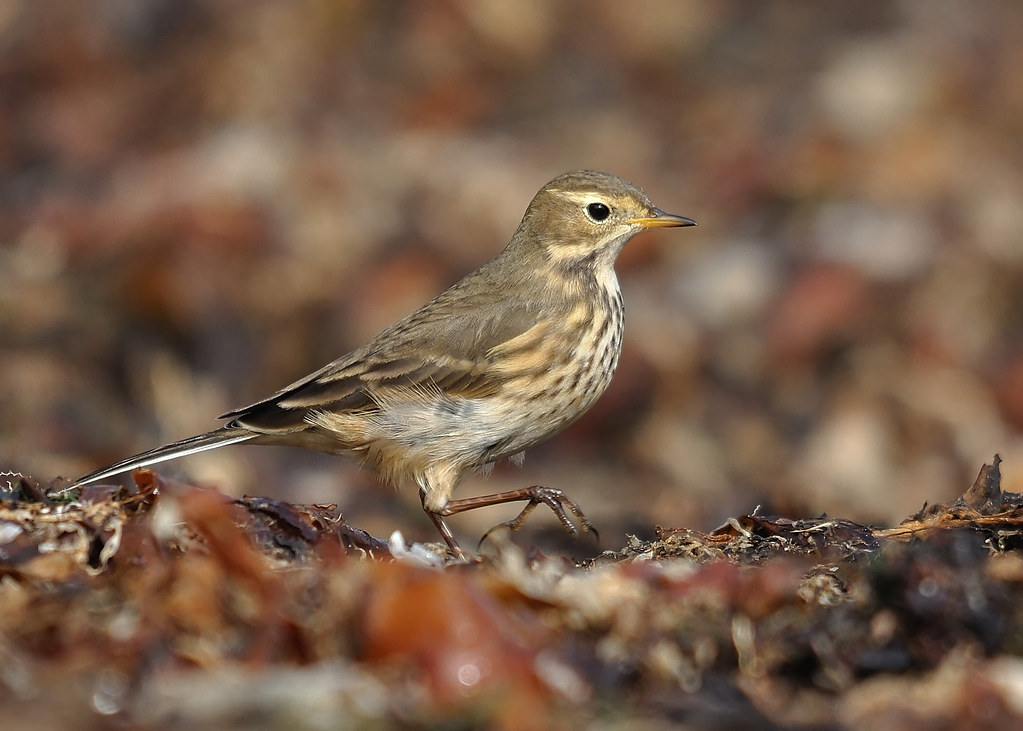 Same habitat as American Pipit. No records in the Netherlands but potential vagrant. 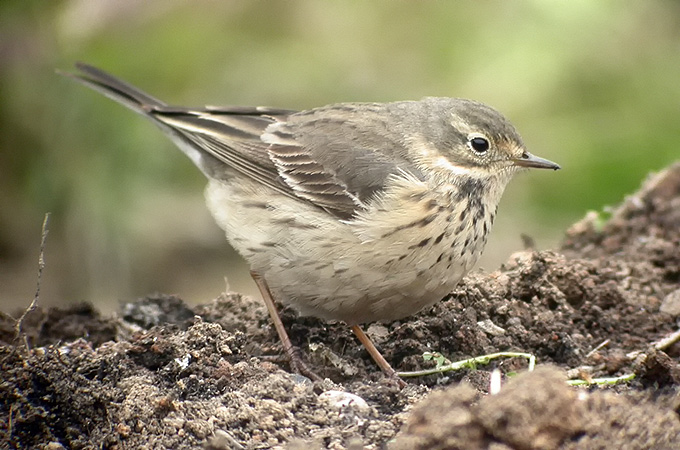