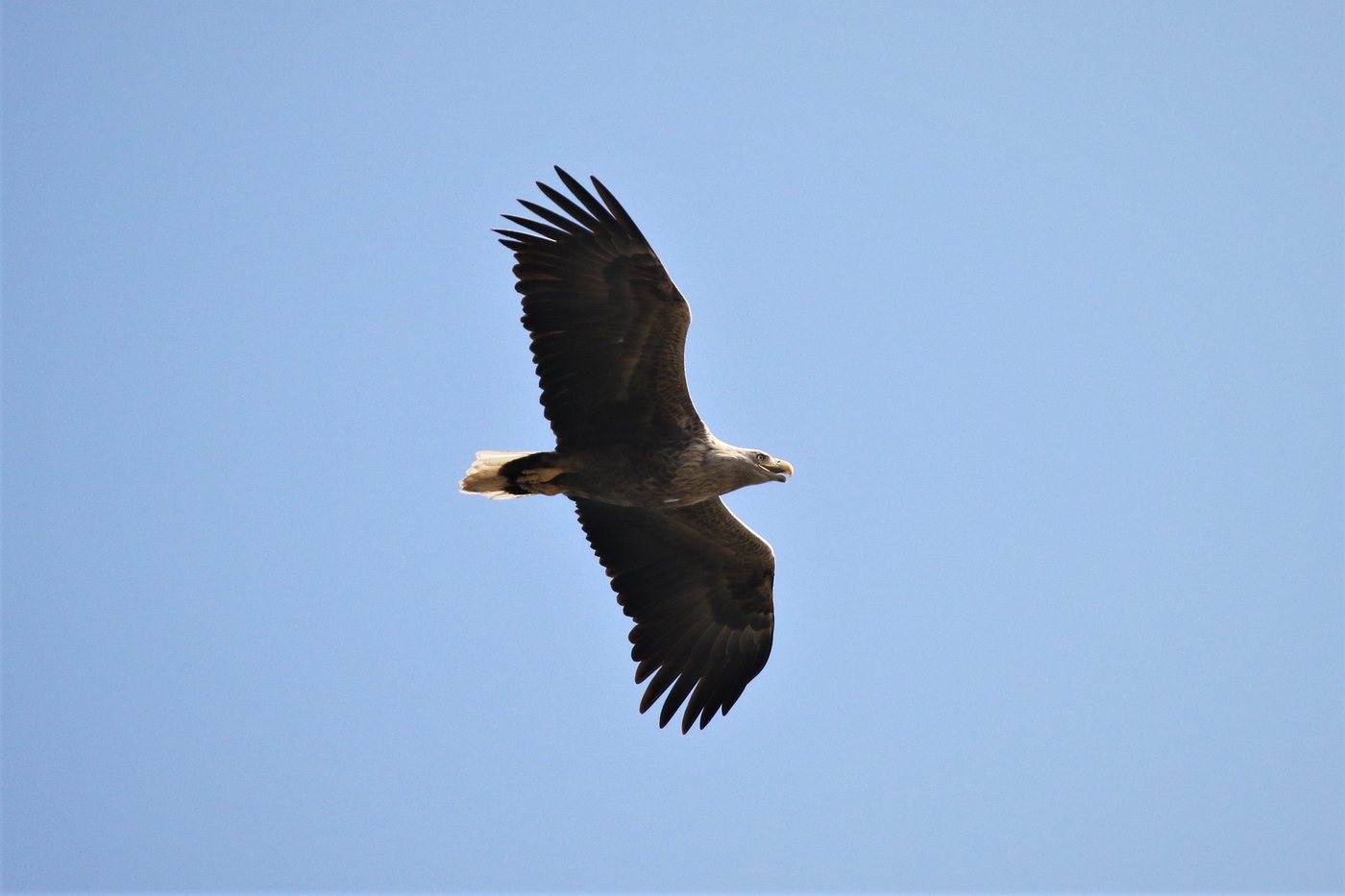 Amsterdam was quiet, the only sound came from Blackbirds and Robins hesitatingly delivering their first notes of the urban dawn chorus. I picked up Ben at his hotel in the city centre and right at the crack of dawn we hit the road towards the Hilversum forests.

After a quick cup of coffee we started walking, keeping our ears peeled for our main target, the amazing Black Woodpecker. Redstarts and Tree Pipits were singing in the background and way in the distance I could hear a displaying Northern Goshawk. Then we heard the liberating, laser gun-like call of a Black woodpecker. I pinpointed the sound and we started running. Moments thereafter we had walkaway views of a male BW absolutely destroying a birch tree with its massive bill.

After this incredible sighting we progressed with our walk. Crested Tit, Marsh Tit and Hawfinch came in quick succession, but it was a male Pied Flycatcher that became Ben’s second lifer today. Not new, but nevertheless very cool was a displaying pair of Northern Goshawks, that we tracked down after hearing their calls.

Next we headed for the Province of Flevoland. We started at the Natte Graslanden near Almere where we had an amazing run of marsh and reed birds: Savi’s Warbler, Grasshopper Warbler (HO), Reed Warbler, Sedge Warbler, a male Bluethroat, an unexpected Purple Heron and best of all a pair of Bearded Reedlings, a new family for Ben (who has seen nearly 5000 species, so that says a lot).

While walking to the first hide we found an unobtrusive pair of Bullfinches feeding on the track and quickly notched up three species of Sylvia-warblers: Garden Warbler, Common and Lesser Whitethroat and Blackcap. The Natte Graslanden produced the expected Little Ringed and Ringed Plovers and a nice variety of ducks and geese. Best was a flyby female-type Hen Harrier.

At the Lepelaarsplassen a Eurasian Hobby and a huge adult White-tailed Eagle drifted overhead and I gave Ben a crash-course in Old World gull identification. We notched up 8 species including Mediterranean, Yellow-legged, Caspian and Greater BB.

We finished our day on the northeast side of the Oostvaardersplassen, where we found a Whinchat, Green, Common, Wood Sandpiper, Black-winged Stilt and Temminck’s Stint. In total we recorded 116 species, not bad at all for a day’s birding.