Full day at the Oostvaardersplassen
Guide: Joost Bouwmeester
Date: 28 May 2019

Greg from Texas, USA had never visited the Netherlands before so he wanted to see as much as possible. We started early and headed to the Oostvaardersplassen where we arrived there an hour later and started with a beautiful drake Red-crested Pochard.

It started raining but spirits were high. A pair of Linnets foraged on the gras on the parking site as we scanned the area we found loads of Greylag Goose, Great Egrets, Tufted Ducks and Great-crested Grebes. We had a look at the Spoonbill colony and also found a White-tailed Eagle on a huge carp it caught.

The next stop was at one of the bird hides. While we walked towards two Yellow Wagtails of the Scandinavian subspecies

foraged on the grass that had just been cut. From the reed we heard Cetti’s, Sedge, Willow and Reed Warblers joined by the squeaking Water Rail.

It took us about an hour to see all other nice birds in the area like Common Cuckoo, Bluethroat, Barn Swallow, Avocet and a Bearded Reedling for a second.

After lunch at the visitors center we took another walk with Icterine Warbler, Spotted Flycatcher, Marsh, Garden Warbler, Blackcap and a very nice Common Redstart

At our last stop, after almost 13 hours of birding, we got a nice areal show of Black-tailed Godwits and Avocets that took off because an Osprey flew overhead. 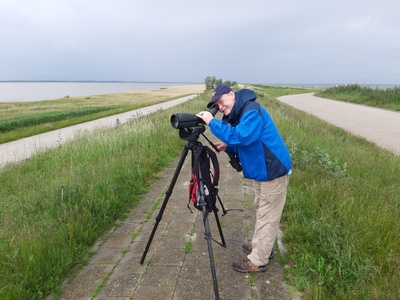 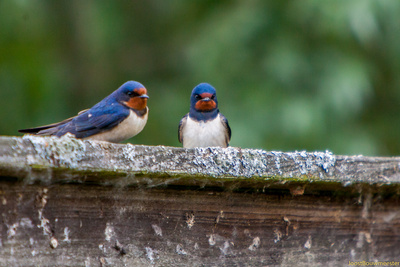 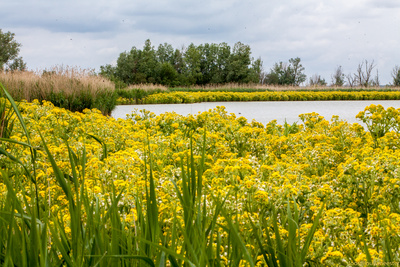 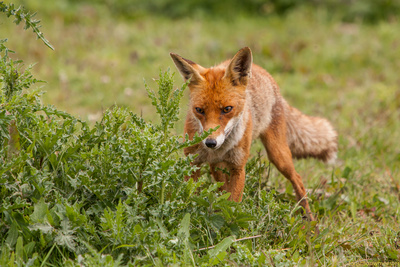 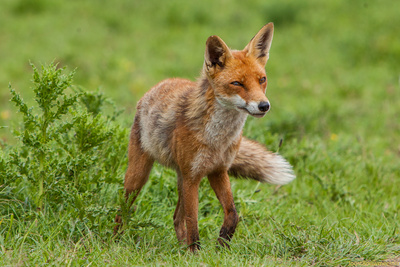 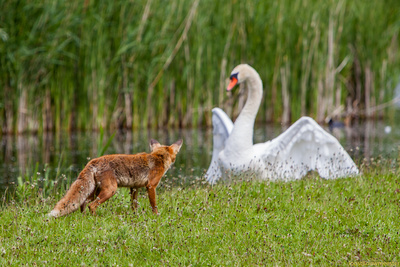 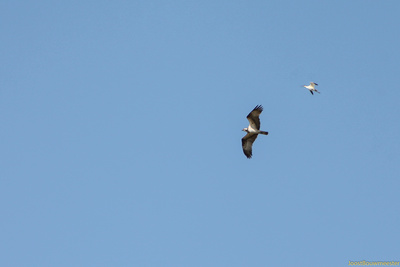