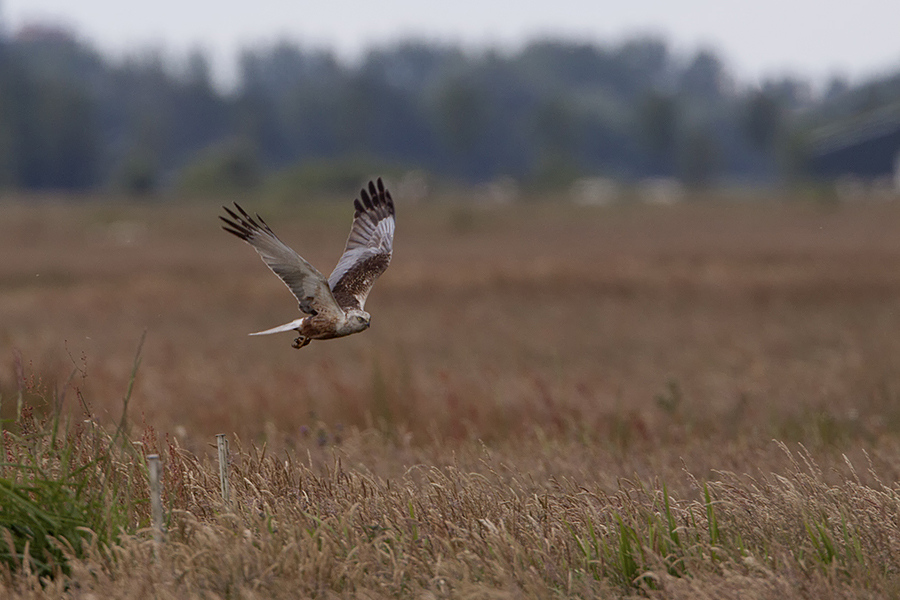 Half day birding at the Oostvaardersplassen
Guide: Cor Visser
Date: 5th of September 2019

The plan was to first go to the Jan van de Boschpad but due to the rain we drove on to the Grauwe Gans a hide on the Oostvaardersplassen. On the way to the hide we heard and saw Wren, Blackcap and Great plus Blue Tits. A large number of Northern Shoveler, Common Teal, Ruff and Avocets were present for the hide. A large part of the ducks were in the moult.

First a cup of coffee at the parking lot and of course with a Dutch stroopwafel which was enjoyed tasty.

Before we went to the hide we first had a quick stop in the visitor center for a sanitary stop. Then to the hide where various Pied Wagtail, Common Sandpiper, Green Sandpiper and Avocets were on site. Moments later a group of Ruff came flying in and a Common Redshank was walking on the edge of the lake and was wounded on one of his legs. In the distance another adult White-tailed Eagle approached the hide and give us a good view.

We decided to take a short walk in the area but due to the heavy rain we decided to return to the car. When we arrived at the car we saw a Reed Bunting on the fence. We continued our way across the Oostvaardersdijk to the Julianapad. Towards the hide we saw a single Reed Warbler. The Barn Swallows were present at the hide, who also have their nests there. There were a number of Sedge Warblers and a Linnet in the hide field. In the meantime it was already around noon and time to return to Amsterdam. At the Oostvaardersdiep, there were three Greater Black-backed Gulls outside of the many Great Cormorants. On the dike a number of Common Terns and Black Terns were present. After this we drove to the center of Amsterdam to drop off Cathy and Peter at their hotel.