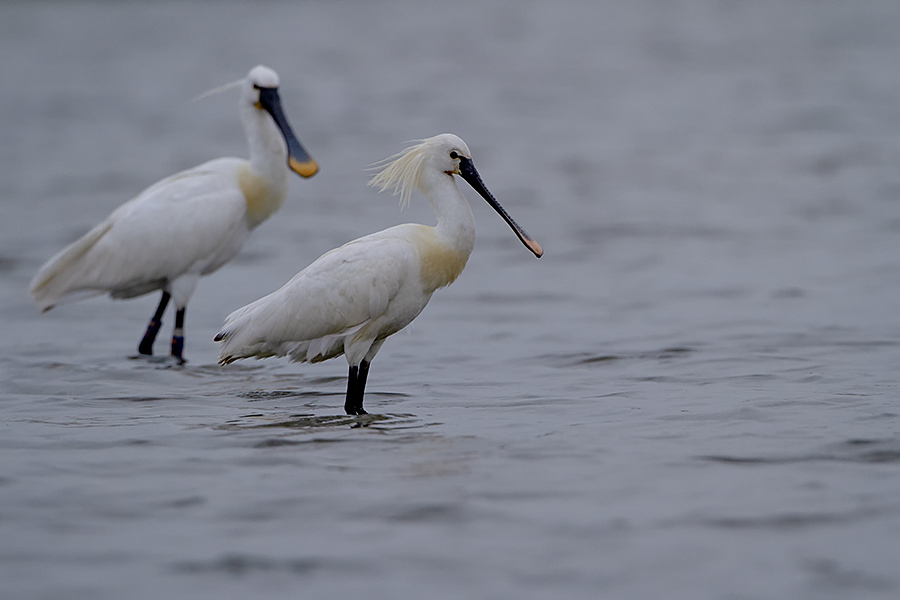 At the request of our guest I arrived at the hotel in the center of Amsterdam at 10:00 am to pick up Joel Perlstein to guide him for a day in the Oostvaardersplassen.

Joel had a long flight, hence his request to start a little later in the day.

After struggling us through the traffic, we set course for the Knardijk to visit the hide Grauwe Gans. Arriving at the hide, Joel indicated that he first tried to identify the birds himself before I would give him the name. Joel was extremely careful in determining the various species of birds and really searched for all the characteristics and then compared them in his bird guide.

Normally you pointed out the and pass on the name to your guest. During this first session we saw White-tailed Eagle, Peregrine Falcon, Bearded Reedlings, Avocet, Marsh Harrier and various Ducks and Geese.On our way to the hide there were Blackcap, Great Tit, Long-tailed Tit etc.After spending a good two hours in the hide, we drove to the visitor center for a sanitary stop and lunch. At the visitor we saw Spoonbill, White Wagtail, Marsh Harrier and again a White-tailed Eagle.

After lunch we went further into the area and among other things to the other hides. The number of birds on the various puddles was considerable in numbers, the majority of them in moulting.The day progressed steadily and we drove further towards the Oostvaardersdijk. Along the dike we saw Great Egret, Great Crested Grebe, Common Pochard, many waders, Herring Gull, Lesser Black-backed Gull, Greater Black-backed Gull, Kestrel, Buzzard and again an adult White-tailed Eagle.

At a leisurely pace we drove back to Amsterdam where I dropped off Joel at 8:00 pm at his hotel.