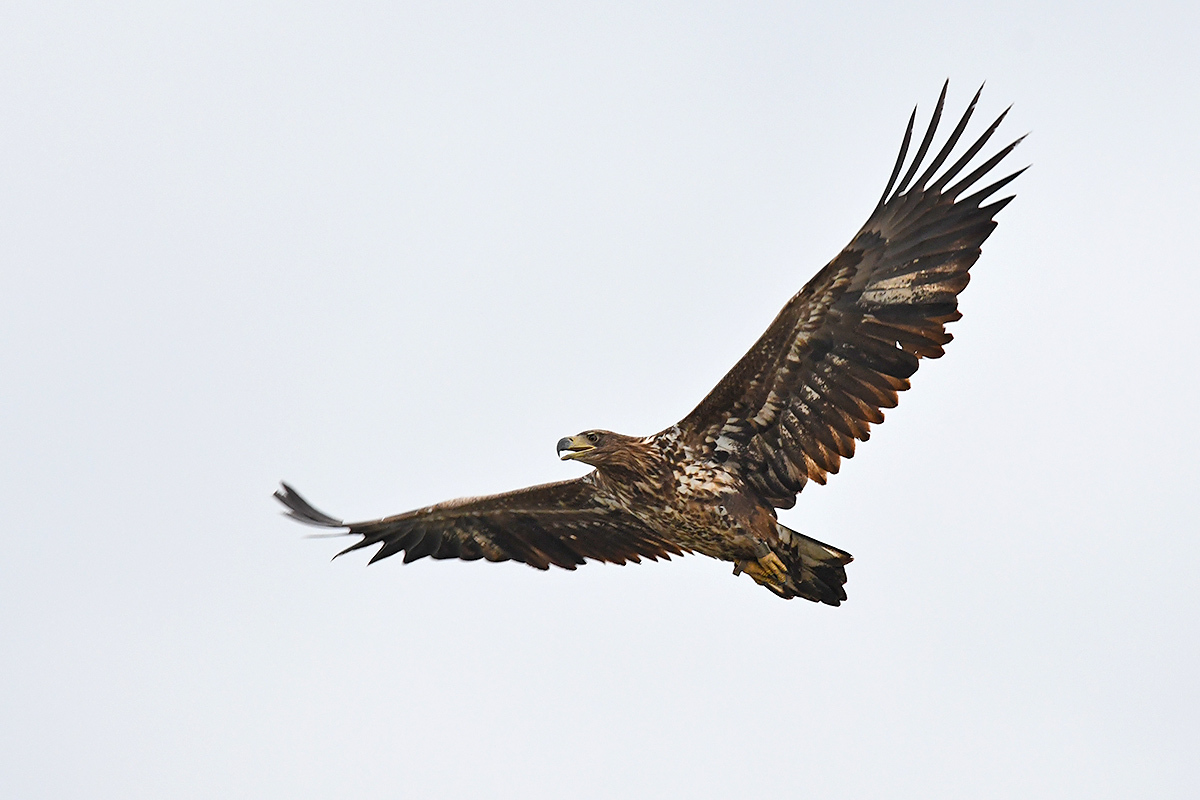 Sunday the 6th of October at 07:30 I picked up Maud and Paul in Amsterdam to go birding for a day. It was a birthday present from Paul to Maud, because she liked birds but never really went birding. The day wasn’t about getting the most species but about relaxed birding and seeing some nice species. the forecast was that it would be raining all day but luckily we kept it dry until around 12.30.Because of the predictions we agreed to go to the Oostvaardersplassen because there are a lot of hides there so we wouldn’t get to wet and at the moment the Oostvaardersplassen is a really good place to see White-tailed Eagles, What best bird to begin your birding career then an Eagle.On our way there we decided to drive over the Oostvaardersdijk because you never know what that might bring, well at first it brought a lot of Common Buzzards but then we saw a bigger bird sitting in the water, we could stop at a little parking place next to the road exactly at the right spot to check it out, It was our first White-tailed Eagle and it was eating something, another White-tailed Eagle flew by. We had some great views and when the sitting Eagle flew away we could see that its prey was a Mallard.

On the way to the first hide we were hoping for Bearded Reedling but unfortunately we didn’t see them, we heard a Water Rail though. On our way to the second hide we heard several Cetti’s Warblers but they also didn’t show. In front of the hide there where a lot of ducks, mostly Eurasian Teals, a group of Pied Avocet, some Ruff and Dunlin and one Curlew Sandpiper, we also saw two Green Sandpipers. But here also the White-tailed Eagles stole the show, there were two further away in the trees and suddenly Paul saw one sitting a bit closer in the top of a tree. Suddenly one was flying towards us chasing all the birds out of the water, it came flying by at very close range allowing us great views. When we wanted to step into the car a Great Spotted Woodpecker flew in the top of a tree.The next stop was the visitor centre where we took some tea and coffee before we walked to our next hide, on our way there we heard some Bearded Reedling but they didn’t show, in the hide we saw another juvenile White-tailed Eagle flying by, all the Eagled we saw where juveniles. When we walked back to the car we saw two Bearded Reedling flying away showing us just a brief view of the back. Suddenly rather far away we saw a Red Fox on the path, we stayed still and kept low and the Fox walked our way, stopped for awhile and looked at us and walked our way again, it also jumped to hunt for a mouse, great to see, at closest range it was no further then 5 metres away, awesome to see.After that we wanted to try one more hide hoping to see Common Kingfisher, unfortunately we didn’t hear or see it but Paul discovered a Water Rail in the reed next to the water.Then we hoped for one more awesome bird, Tawny Owl, at our first location it wasn’t at home, or maybe just inside because of the bad weather, at the next location we had a good view of one Tawny Owl and saw a little bit of the head of another one, mission accomplished.It was a great day with not to many but some awesome species. 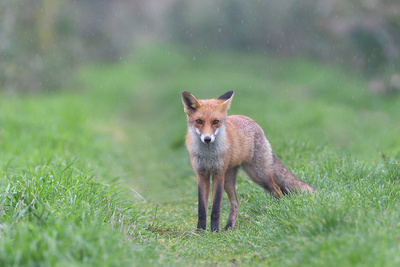 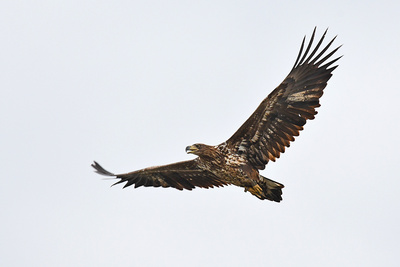 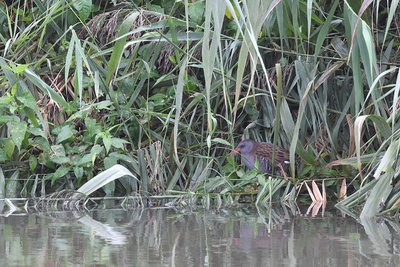 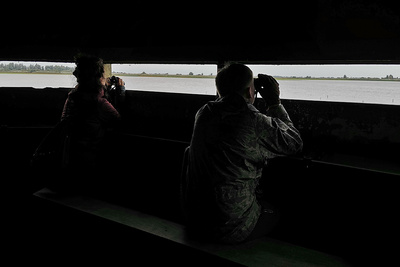 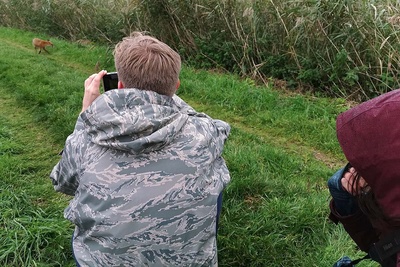