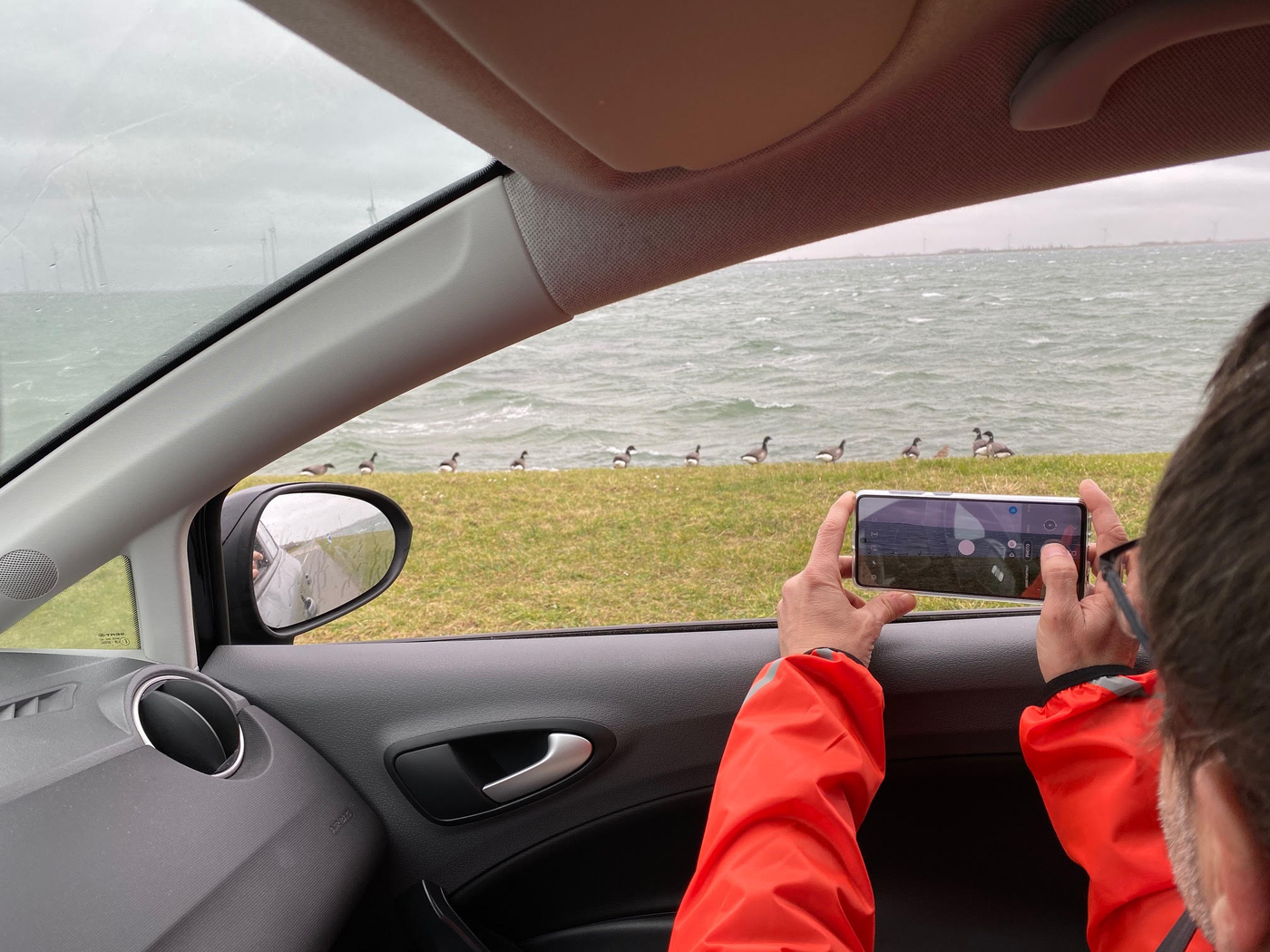 We met at the harbour of Stellendam at 09:00 and first checked-out the harbour. It was very quiet with gulls, but we saw some nice Greater Black-backed Gulls and an adult Caspian Gull. In the harbour a large group of Great Cormorants and Great Crested Grebes were fishing alongside of some Coots.

Hereafter we visited the new observatory “Tij” near the Scheelhoekeilanden. During the walk to the hide we heard at least three Cetti’s Warbler, Wren, Dunnock and Blackbird. From the impressive hide we had some nice views at a group of 15 Great Egrets and next to the hide was a group of 10 fishing Goosanders.

Here we also our first 4 species of Geese and some species of duck. After a nice and warm coffee we went to the other side of The Scheelhoek, but due to the hard winds (7bft) there weren’t a lot of birds. We did find a great amount of Barnacle geese right next to the road, which was very nice to see.

Next visit was the famous Brouwersdam. We started in the north with a short walk a long the beach, where the wind already transformed in a real storm. So we didn’t manage to see a lot of birds but the views of the high waves and the sand blowing over the road was spectaculair.

Further south we found a pair of diving Red-breasted Mergansers. Behind the rocks, hiding for the wind, we found some Turnstones and Purple Sandpipers. And the Mediterranean Gull we found at the water was unexpected.

Near the water outlet we enjoyed three Grey Seals playing in the waves. And at the Grevelingen side of the Brouwersdam we had some good views at Red-breasted mergansers, Cormorants and Great Crested Grebes.

We drove to the Prunje-area on the island of Schouwen where the waterlevel was very high. At the hide “turegluren” we saw our first group of Curlews. After a quick visit to the restaurant we started walking along the Weversinlaag. We almost couldn’t manage standing on top of the dike, so we went down. Here we saw Avocets, Shovelers, Wigeons, Spoonbills and a Black-tailed Godwit. At the water edge we observed two foraging Rock Pipits.

At the next stop immediately we found a large group of Barnacle geese, with two Red-breasted geese! The Red-breasted geese were walking just in the front of the group. On the other side of the road there were some Mute Swans, Wigeons and Shelducks.

A little bit further we found two young Spoonbills foraging right next to the car and a Spotted Redshank. Since we had some time left and we missed the White-tailed eagle at the Scheelhoek, we departed for the Philipsdam.

At first we made a stop at the Grevelingendam where the Curlews, Oystercatchers and Brent Geese showed very well next to the car. Our first stop at the Philipsdam was at the Plaat van de Vliet, where we made a nice walk and visited the hide.

From the hide we watched some Goldeneyes and a Slavonian Grebe. During the walk we saw a Buzzard. Further along the dam we watched some more Goldeneyes, Great egrets, Buzzards and as a highlights a female White-tailed eagle on her nest.

After that we drove back to Stellendam where we arrived at 17:00. 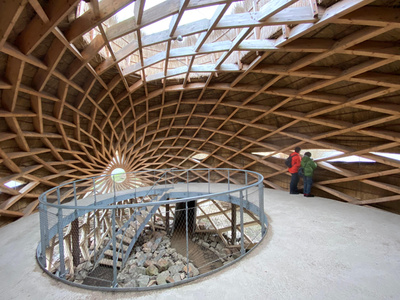 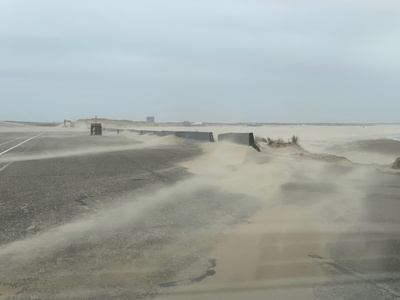 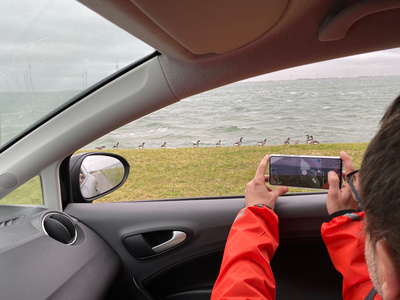