On 6 March 2017 Scott from the USA and I went on a short birding trip around Amsterdam. I picked Scott up from Schiphol Airport at the arrivals hall shortly after 6 AM. Fortunately the rain stopped and it was getting light while we drove to our first stop.

We started our trip at Waterland, just north of Amsterdam. Waterland is a mix of grasslands, marshes and lakes so our target species were mostly waterbirds. Time was very limited so we birded mostly from the car. We saw lots of Barnacle geese, Greater white fronted geese, Greylag geese, Eurasian wigeons, Common teal, Gadwall, Tufted duck, Pochards, Shelduck, Northern lapwing, Eurasian curlew. Along the road to Marken there were small groups of Smew and a few Goosanders.

On the way back we stopped near the Kinseldam (a dam which gives a good view of both lakes and marshy areas) and scoped the area. Lots of birds here as well. Hundreds of Barnacle goose, about 50 Black-tailed Godwits, some Ruff, Greater- and Lesser Black-backed gulls and a few Spoonbills. After this we drove through Ransdorp to an area where we could see Bearded reedling, a target species for Scott. We were very lucky. As we walked in to the area I heard a few birds calling. As we got closer there were three birds in the reeds. After some very good views Scott was really happy. This was a lifer and a new bird family for him. When we left this area we stopped to check a large group of Black-headed gulls. Lucky again; between the group there was an adult Mediterranean gull. Another lifer.

Around 08.40 AM we left the area for Westgaarde. This is a good place for some woodland species. We walked around for about an hour and saw a number of nice species: Great spotted woodpecker, Nuthatch, Short-toed treecreeper, Goldcrest, Songthrush, Blackbird, a large flock of Redwings, Greenfinch and Chaffinch. We were aiming for the Hawfinch. Although this is a difficult species to find, we were lucky again. We had some good views of one bird perched high in the trees. Scott had missed this species on previous trips, so a good find for him! We finished the trip just past 10.00 and drove back to the airport, in time for Scott to get on his next flight. 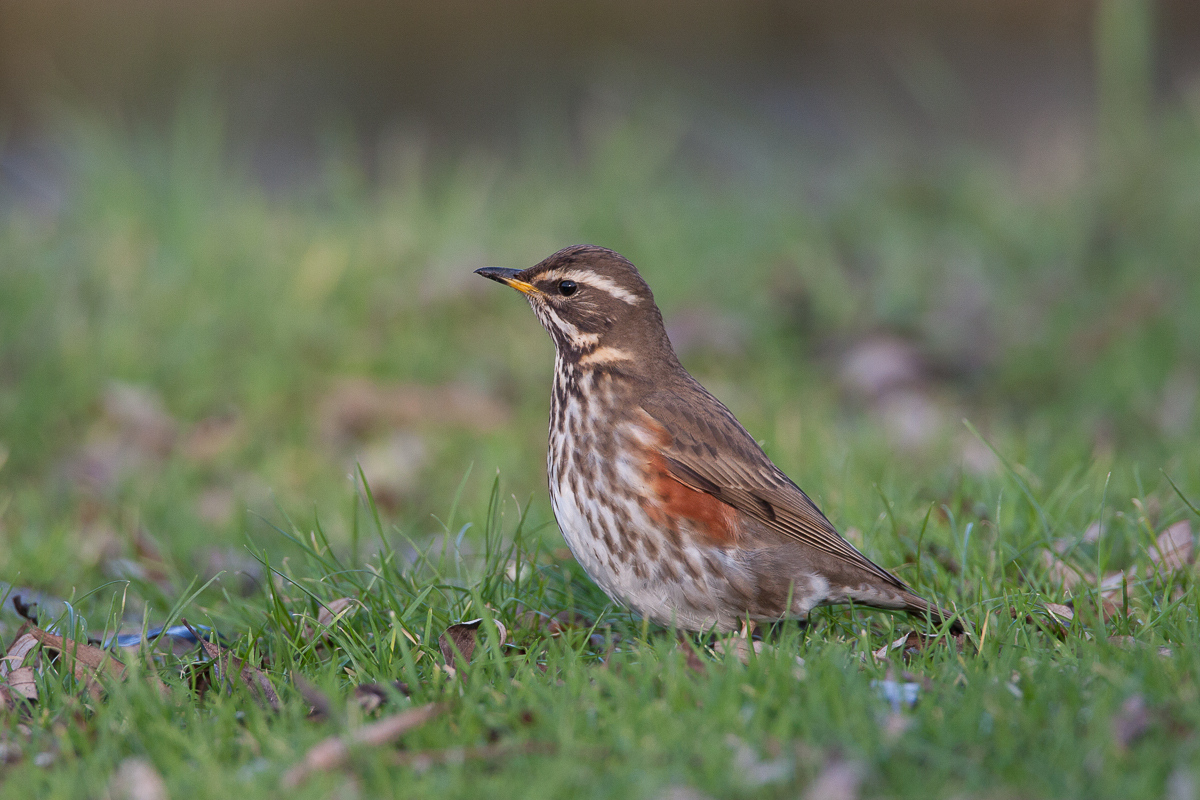