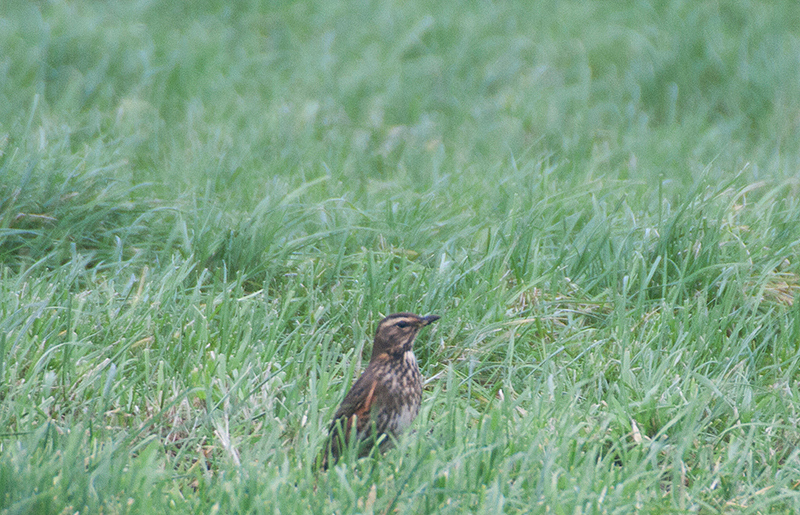 Text and images by Maarten Wielstra

From December 2nd to 7th I spent a family holiday at the island of Terschelling, in the north of The Netherlands, together with my girl Nina and our one year old son Bodi. We needed an easy, last minute vacation in our own country. One of the Dutch wadden islands, would perhaps be the most exotic choice. Nina asked me if Terschelling would also be good birding. I mentioned Icelandic Redwing (subspecies coburni) as my main target, of which we could search for from the car window, while cruising around in bad weather. An influx of several tens of Icelandic Redwings seemed to be happening in northwestern Europe at this very moment. Because of the unfamiliarity with its identification features it must be an overlooked subspecies by many birders. In a case like that I am really challenged to find one myself!

We selected our place to stay at the village of Lies, partly because of the view from our kitchen window. It looked nice for fouraging redwings on the grassy farmland behind the little house. Since birding was no priority, this should increase my chances finding something rare, while doing dishes. To my surprise I saw a few common redwings the next morning, while making early breakfast for my son. This idea was triggered extra when Nina found a group of maybe twenty redwings feeding on a grassy farmland, while we drove around a little bit to check the surroundings. I was reminded of the fact that Redwings can be very hard to observe, because they are fond of flying around and hide in trees. I told Nina that there has to be Icelandic Redwing on the island, someone just has to find it!


On December 4th we had a nice day walking around at the harbor village of West-Terschelling, to check out some shops and really old houses. On the return to our car, I suddenly heard a Bohemian Waxwing! One of the first individuals of this species this autumn in The Netherlands. Nina made some nice pictures and we went home satisfied. Bodi was starting to awaken from his afternoon sleep, and probably needed some time to play around at the house. 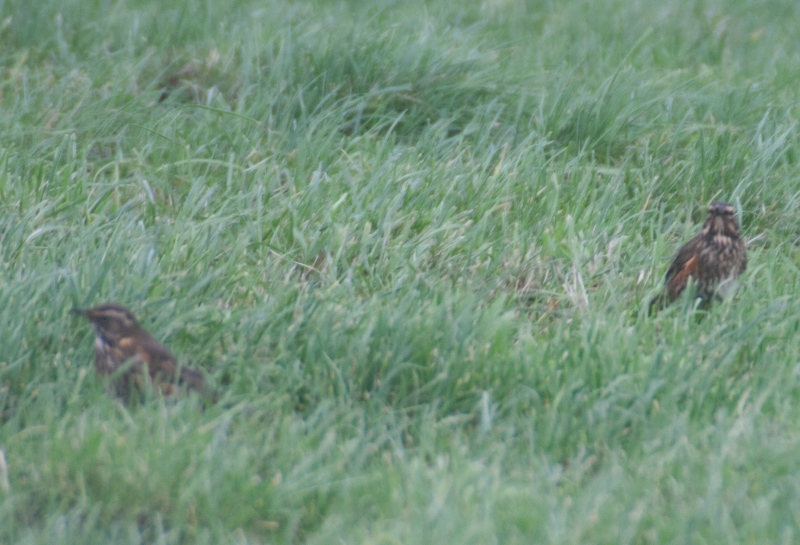 On our way back to the house, Nina and I together noticed some redwings flying along with our car at the village of Landerum. We decided to stop over shortly to check them out. A group of perhaps fifty birds was crouching trough the long grass just giving me some glimpses of their heads and upper bodies. The group frequently flew up to hide in the trees where I couldn’t see them. The progressing twilight and the fact that most of the time the birds kept hidden, made it very hard to really see them well. I did manage to detect a noticably dark head on one of the birds, which also showed a more yellowish eyebrow, thick streaking on the breast a just before flying off I even thought I saw a very dark undertail. This could well be an Icelandic bird! For a second time I did see the same thing again, but had to stop the sighting because it was getting too dark and Bodi really wanted to go back home by then! It kept me a bit nervous for the rest of the evening, so I reported the sighting on the internet, accompanied by a story full of excuses why I didn’t nail its identification.

The next day I was up early, because Bodi is used to do that. We did some playing and eating, while Nina could sleep a bit longer. At the end of the morning, Nina and I decided that it’s probably the best thing to go for it again. ‘’They would have probably flown off because of last night’s very clear sky’’, Nina said to me. ‘’But the wind was perhaps too hard to get migrating again’’, I said back. Excited like a little child, I headed off for the redwings, to arrive there after just a few minutes by car. Immediately I found the group still being there, and luckily soon got some glimpses of the darker individual. A few times I even saw two dark birds sneaking around together, like if they were marginalized from the rest of the group.


I stayed for almost two hours and made many photographs from the car window. The birds kept flying off to the trees every now and then, but kept coming back into the long grass. Seeing them well and especially photographing them, turned out to be extremely difficult. The birds stayed low in the long grass, to take cover for the strong winds. After a while the group was gone for the trees just a bit longer than usual, because of a hunting Sparrowhawk. I now found some time to stop looking for the birds and check out my photographs. I got excited! I texted Nina, to tell her that I was thinking I just nailed Icelandic Redwings! Especially the pictures of the undertailcoverts convinced me to report this sighting on the internet as being certain of the identification. Nina replied a bit surprised: ‘are there more than one?’ and ‘are you sure?’. The last sentence we often use as a joke, because a Birmese birding guide once got very angry at me when I asked him this. Waiting some longer for the birds, didn’t add much, so I turned ‘home’, being very relieved and satisfied.

In the evening I found some time to share some images on the internet. I waited for people to agree on my identification. It’s hard be really sure of a bird identification that is still quite unknown to science. The family holiday ended up to be a great birding adventure. Additionally we found a group of four Red-breasted geese on the island, and I even saw a Great Northern Diver at sea, while our boat was leaving te island! Days passed, our holiday ended and I got a bit nervous again. Birding can sometimes be as excited at home as it is in the field! Finally Nils van Duivendijk, the person that submitted the first record of Icelandic Redwing for the Netherlands last year, confirmed the identification. He must be one of the few birders that are not scared off or bored by the identification of Redwing subspecies. This is probably also the reason why my birds were only the fifth (or less) record for the Netherlands ever!

Hopefully this personal story will inspire other birders to book their family holidays to the Dutch ‘wadden’ islands this winter and nail that Icelandic Redwing! To help you al little bit, I will share a picture of Nils of last years bird, used by Frank Neijts to make a very useful manual for identification of the Redwings: 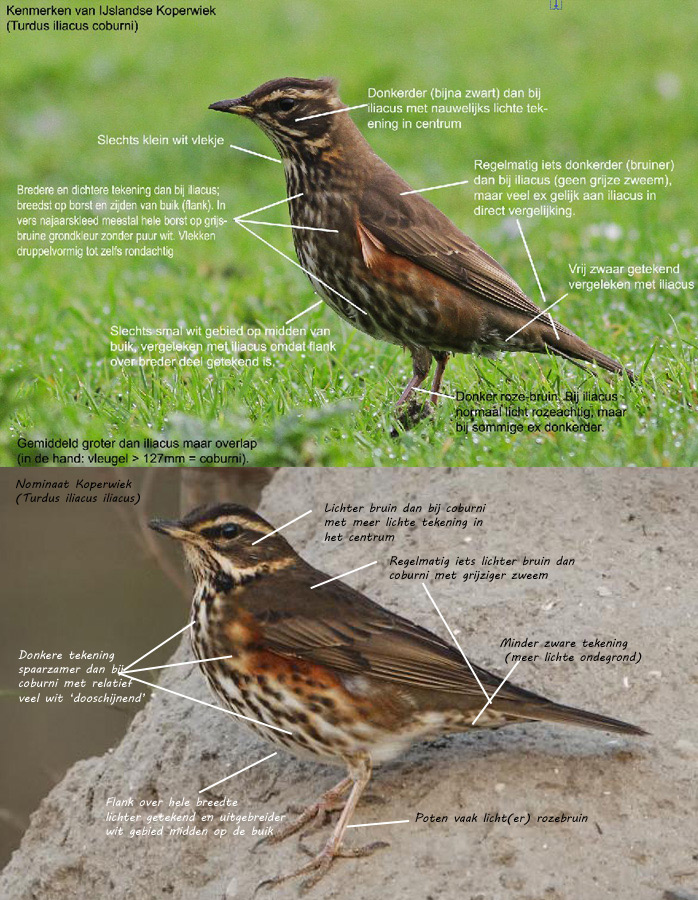 EDIT: inspired by the blog and discovery by out team member Maarten Wielstra our other team member Wouter Teunissen found a (presumed) adult Icelandic Redwing in Leiden on the 13th of December 2015. 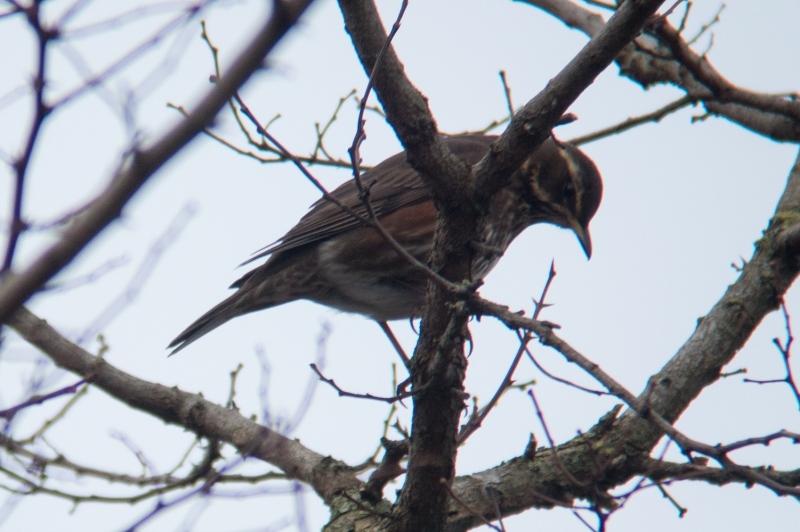