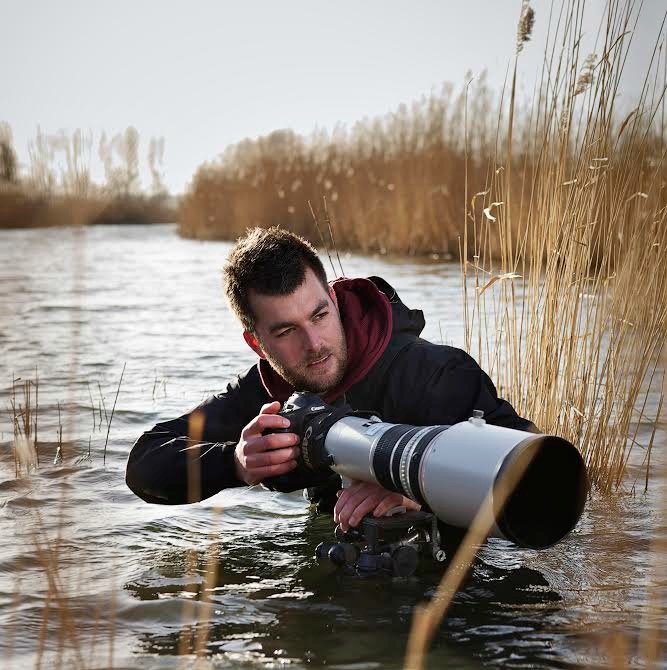 Menno van Duijn, born in 1983, got interested in birds at the age of four. His parents bought an English bird book and translated the names into Dutch and within a couple of days he new all the birds in it.

Menno was always outdoor, searching for bird nests, catching frogs and watching birds. The neighbor of his grandma was also a keen birdwatcher who took him along and taught hem about birdwatching and introduced him to the local birdclub. With them he also saw his first rarity, a first winter male Pine Bunting in 1993 at IJmuiden.

Later he met other guys of his age who where also interested in watching birds. Every weekend they got out and later when they got their drivers license they chased rare birds all over the country.

Menno always watched the birdphotographers with their telelenses. At the age of 12 he then got his first telelens and body and spend all his pocketmoney on films. Luckely digital photgraphy stepped in and after saving money he was able to buy a Sigma 170-500 APO f5.6 with a Canon EOS 300D.

Menno mainly works in the dunes and on the beach near his home but he also travels abroad to take photos like Iceland, Poland, Spain, Antarctica and more. Since 2009 he leads tours and gives workshops. In 2015 started Birding Netherlands.

" Just wanted to thank you again for a most fantastic day! We're so glad to have met you and to have seen so many incredible birds - you're an amazing spotter! Thanks again!'
Joan & Jennifer and Sarah & Jozef (USA) - Texel Birding Tour 20160904

"Thanks Menno, I really enjoyed the trip. I did manage to reach a milestone that morning with you: the little bunting was the 1000th species of bird to be added in my life list!"
Stephane (Canada) - Schiphol Airport Layover 20170127

"I'm very grateful to Menno Van Duijn for making my Birding trip such a memorable one. If you require any more details or are interested in Birding in Holland please do not hesitate to contact me or even better Go straight to Birding Netherlands.
David (UK) - Geese Special 20170326 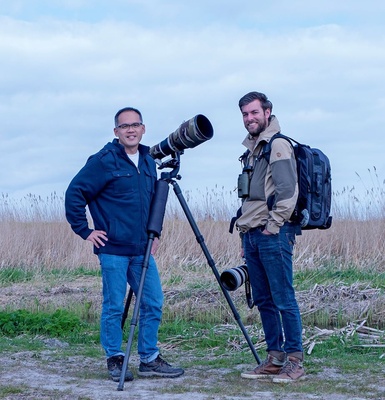 Thank you so much for a wonderful day birding. The Tawny Owl was a highlight, but I got good looks at so many birds thanks to you! Anyone would be lucky to have you as a birding guide.